The electric drive system is running! It’s a bit noisier than I had hoped for and the engine doesn’t run entirely smoothly yet. However, Wahine runs at approximately 5 knots at full throttle, which is what I had hoped for. 3 to 3.5 knots can be achieved at 20 to 30 amps, which can be maintained several hours. I haven’t drained the batteries yet and would rather not, so not sure how many, but graphs from the battery manufacturer suggest 6 to 7 hours at 25 amps should be obtainable. Reverse is very poor due to the folding propeller, which was to be expected. A better folding propeller is high on my wishlist now, but expensive.

Next up is connecting more of the controller’s wiring like the engine temp sensor, operation LED’s, improved control box and hooking the controller up to the PC for diagnostics and settings. I’ll also attempt to improve the engine and saildrive alignment en suspension to try and reduce noise. 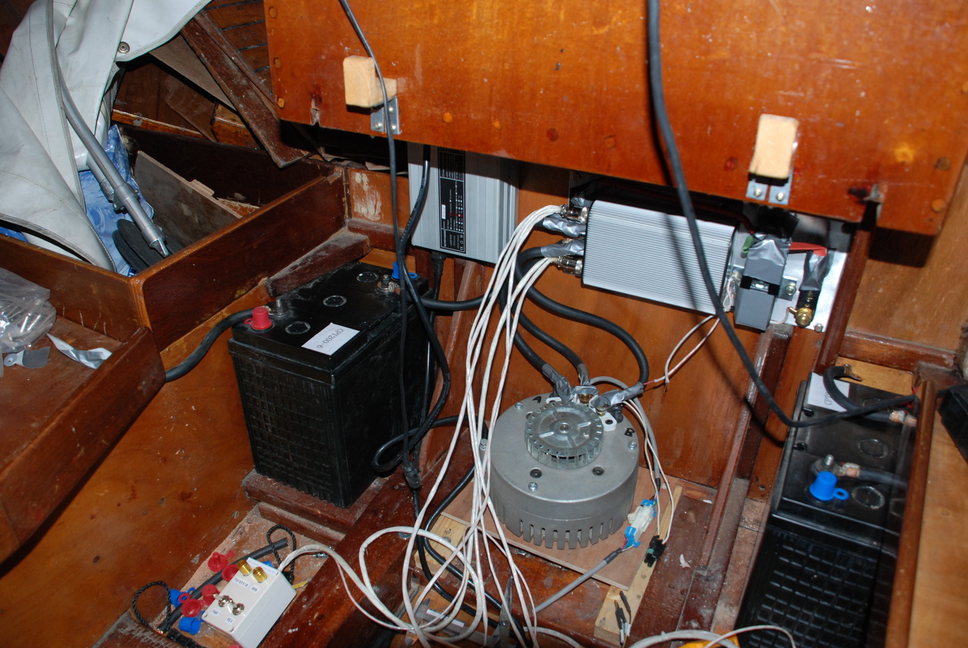 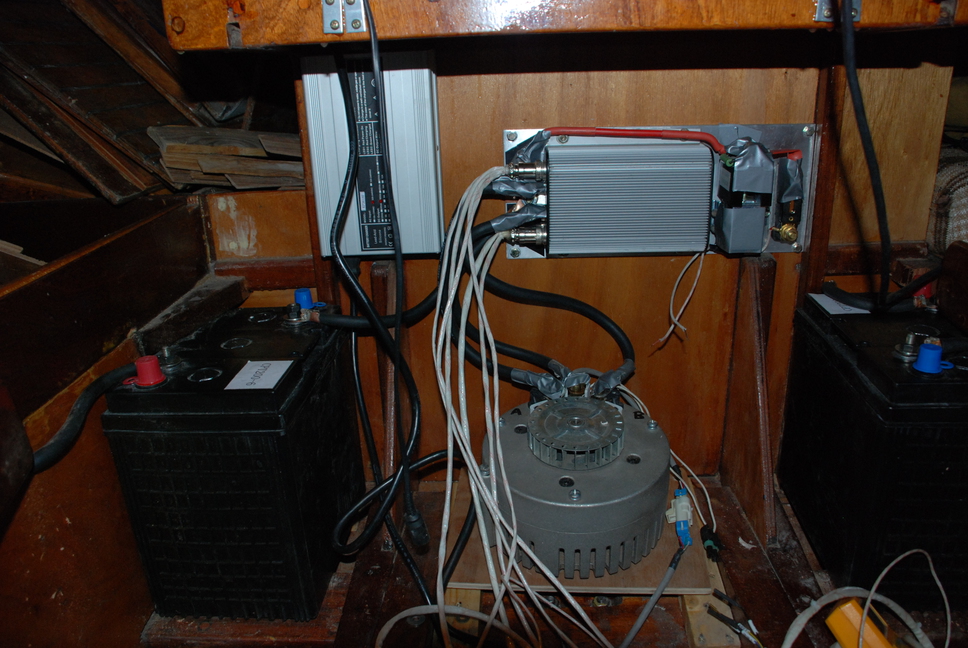 The whole system now consists of: