Removing old layers of paint is like traveling through time. First, I’ve discovered the yard number of my Waarschip 730 is 61 and later that she was once called “Quator Spinae”, which I cannot figure out the meaning of, despite the couple of years of latin in school. As far as I can tell, it means something like four thorns or four difficulties. If the former owner ever reads this, please enlighten me!

When I bought her, she was called “Mujer” (woman in Spanish) and I renamed her “Wahine” (woman in Maori/Hawaiian/Polynesian) 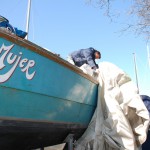 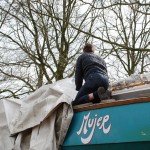 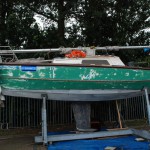 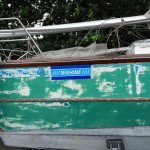 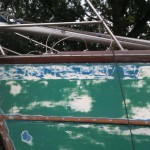 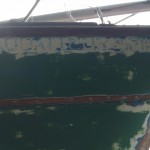 This entry was posted in Waarschip and tagged Waarschip 730, Wahine. Bookmark the permalink.