Ramp up the voltage

I’ve chosen to run the electric system on board “Wahine” at 36V rather than 24V. Mainly, so I can get sufficient revs. from the electric engine. In order to charge the batteries at this voltage, you need something like 41V. It’s a little impractical to have this as the output voltage of the solar panels on board and also the little wind turbine I bought (Rutland 504) outputs between 5 and 20V or so. So I set out to find a DC step up converter. After some looking and asking around and considering building one myself, I ended up on e-bay and bought this 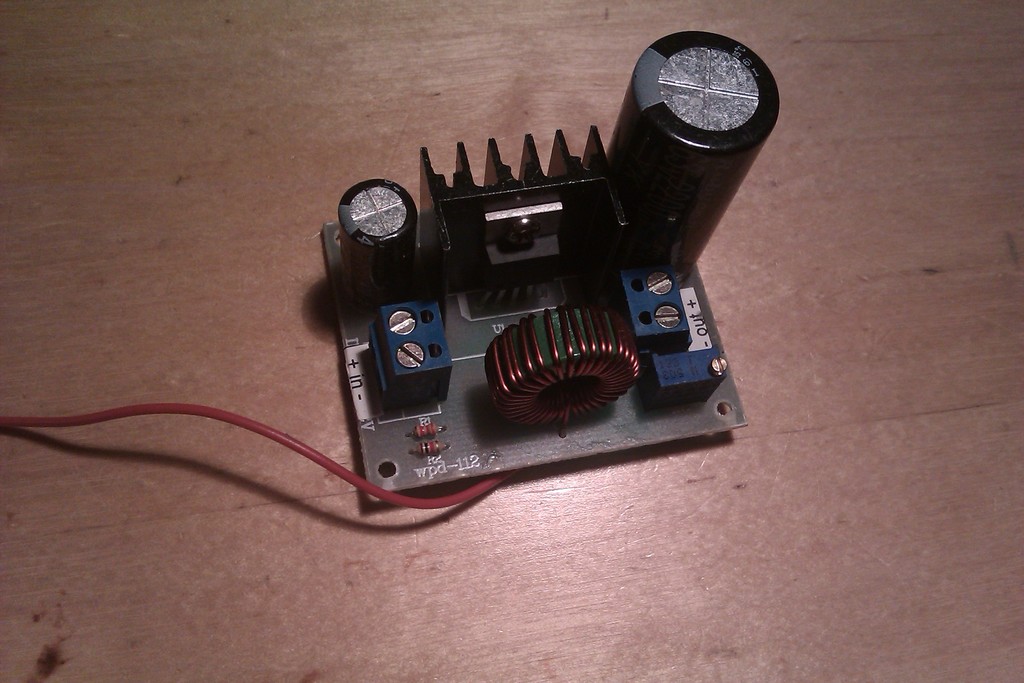 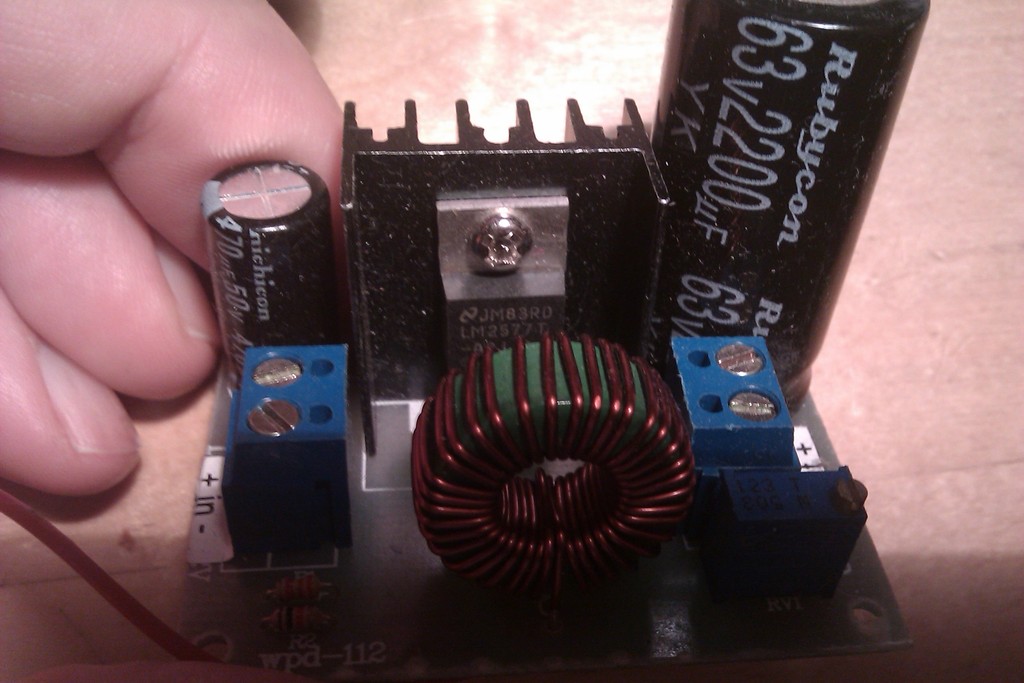 It’s based on an LM2577, which I had already looked at, but it does a really poor job at large voltage steps (like say from 12V to 41V!). I’m not really sure why, but looking at the LM2577 spec sheet, it makes some sense. I am not enough of an electronics guy to judge.

So looking further on e-bay, I found these: 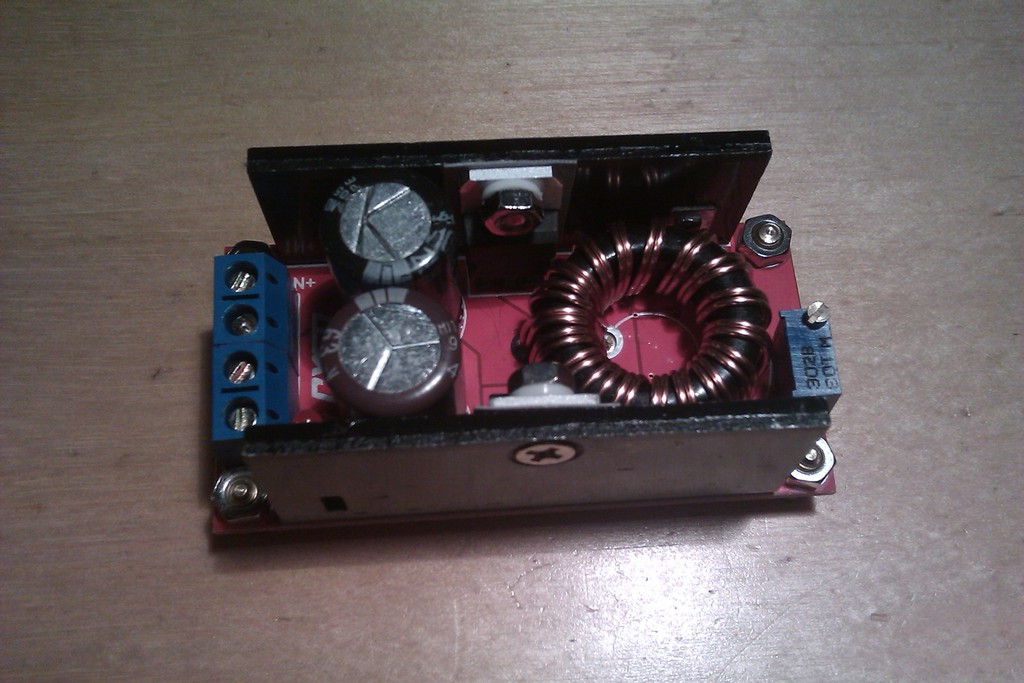 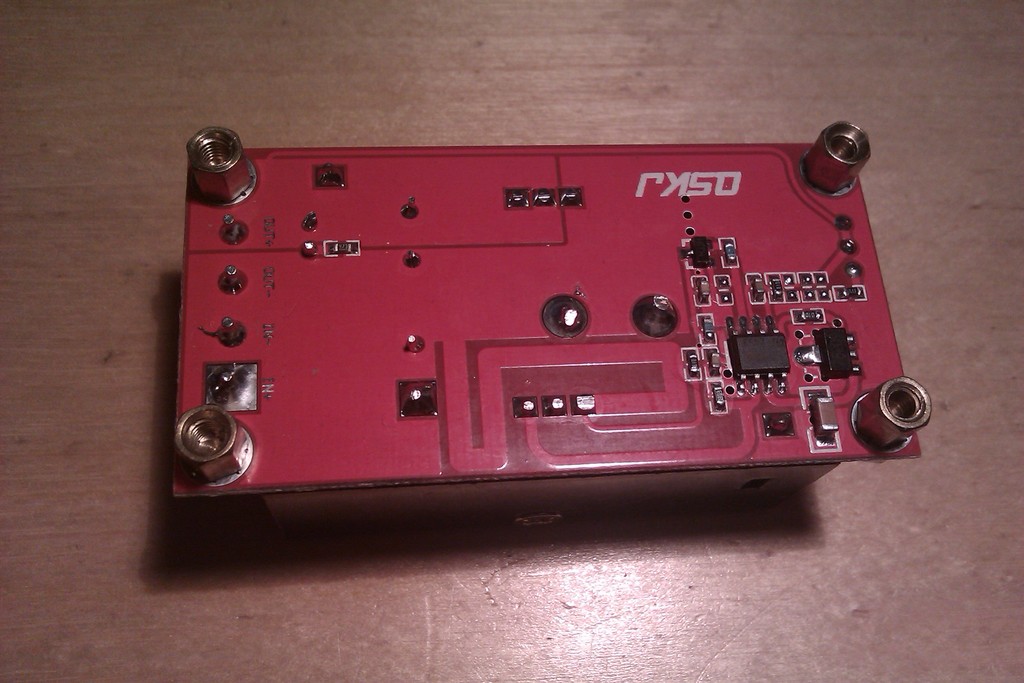 which were advertised especially for large voltage steps and they are excellent and churn out more than 1A at 41V at 85+% efficiency.

The output voltage is controlled by a manual pot meter. I would like to replace it with a digitally controllable one, so I can use an Arduino to do MPP for the solar cells and wind turbine, but those are just thoughts for now 🙂

This entry was posted in Arduino, Electric Drive, Waarschip and tagged boost, DC, step up, voltage. Bookmark the permalink.